Fear of a deep recession is turning investors away from the banking sector, which was the best performing segment of the market last year.

The is down about 20% this year as the risk of a prolonged recession rises amid a stubbornly high backdrop that forces the central bank to keep raising interest rates.

The group’s losses were led by some of the biggest lenders in the US, with JPMorgan & Chase (NYSE:) down 27% this year and Citigroup (NYSE:) down 18%.

The sell-off in bank stocks comes despite the fact that these companies reported better-than-expected earnings during the earnings season that just ended. These lenders saw strong increases in revenue and lending margins that had suffered for years from historically low borrowing costs.

Net interest income – income from interest-bearing assets minus what is paid to depositors – boosted profitability at JPM, Morgan Stanley (NYSE:), Citigroup and Wells Fargo & Co. (NYSE:), with some also increasing their predictions for the rest. of the year.

But despite a windfall from interest income, there are other economic headwinds that are accelerating and could hurt bank profits. Most important is a potential slowdown in credit demand at a time when consumers are squeezed by inflation at its highest level in four decades.

The group’s earnings could be hit by slower loan growth, tighter spreads between 2-year (NASDAQ:) and , and an increase in loan defaults. In the coming months, according to a note from Bank of America, banks could show the impact of “inflation-induced demand destruction” among U.S. customers who previously held up well.

While some stocks may have bottomed in a moderate recession scenario, the risk of a deeper downturn will likely continue to weigh on the group. According to the Bank of America note:

“Investor sentiment late in the cycle will be difficult to dissipate and should weigh on valuation multiples. A deeper recession and/or more rigid inflation remain the main risks.”

The risk of a hard landing for the U.S. economy has increased after Fed Chairman Jerome Powell told the annual gathering of monetary policymakers last week that the road ahead “would bring suffering. to households and businesses” in the United States, an “unfortunate cost of lowering inflation.

Another setback making bank stocks less attractive in this environment is their reluctance to pursue their share buyback plans when the going gets tough.

Despite the economic uncertainties, bank stocks will not suffer as much as they did during the 2008 financial crisis, and their weakness offers a buying opportunity for long-term investors. 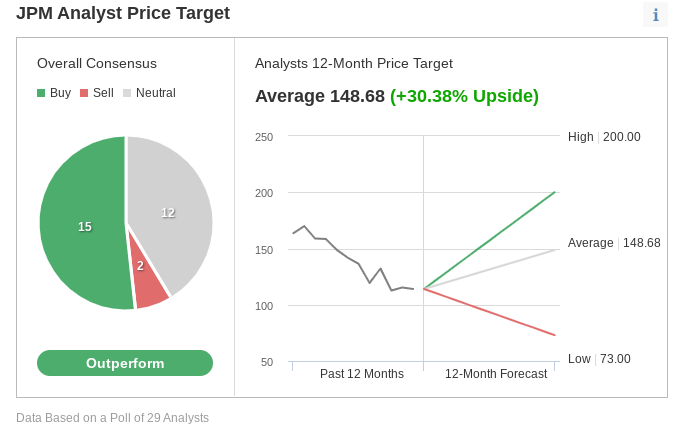 First, banks are in much better shape than they were in the last recession, thanks to a much tighter regulatory regime, better underwriting standards and capital levels that have roughly doubled since the 2008 crisis.

Second, chances are that if the recession does come it will be quick and shallow as the labor market continues to show strength. In this scenario, banks will avoid the kind of hit to their loan growth that the market anticipates and they could bounce back quickly.

In a recent note, Oppenheimer analyst Chris Kotowski said the whole sector was too cheap after the 2022 selloff, explaining:

“Indeed, bank figures with very strong loan growth and rising interest rates still point to a very robust economy. We may be spending less on certain goods, but spending on services, travel and entertainment looks robust.

“We expect that whenever the next recession hits, banks’ asset quality will remain significantly better than commonly feared and the group will revalue to historic levels.”

Bank stocks are likely to remain depressed in the current uncertain economic environment. For long-term investors, however, this weakness represents a buying opportunity as banks will likely rebound strongly once the recession passes.

Disclaimer: The author does not own shares of the companies mentioned in this article.